Here is why Indonesians eat Ketupat on Eid and why they call the holiday "Lebaran". Find out which dishes go together with Ketupat!

NusantaraPol - Ketupat is a unique dish from Indonesia that is an inseparable part of the Eid al-Fitr celebration. It is a fragrant Javanese rice cake packed inside a diamond-shaped container of woven palm leaf pouch usually eaten to celebrate this holiday.

Serving ketupat during Eid is a mandatory ritual for Muslims in Indonesia. Celebrating Eid al-Fitr without eating ketupat and chicken or goat curry would be like Thanksgiving without turkey. 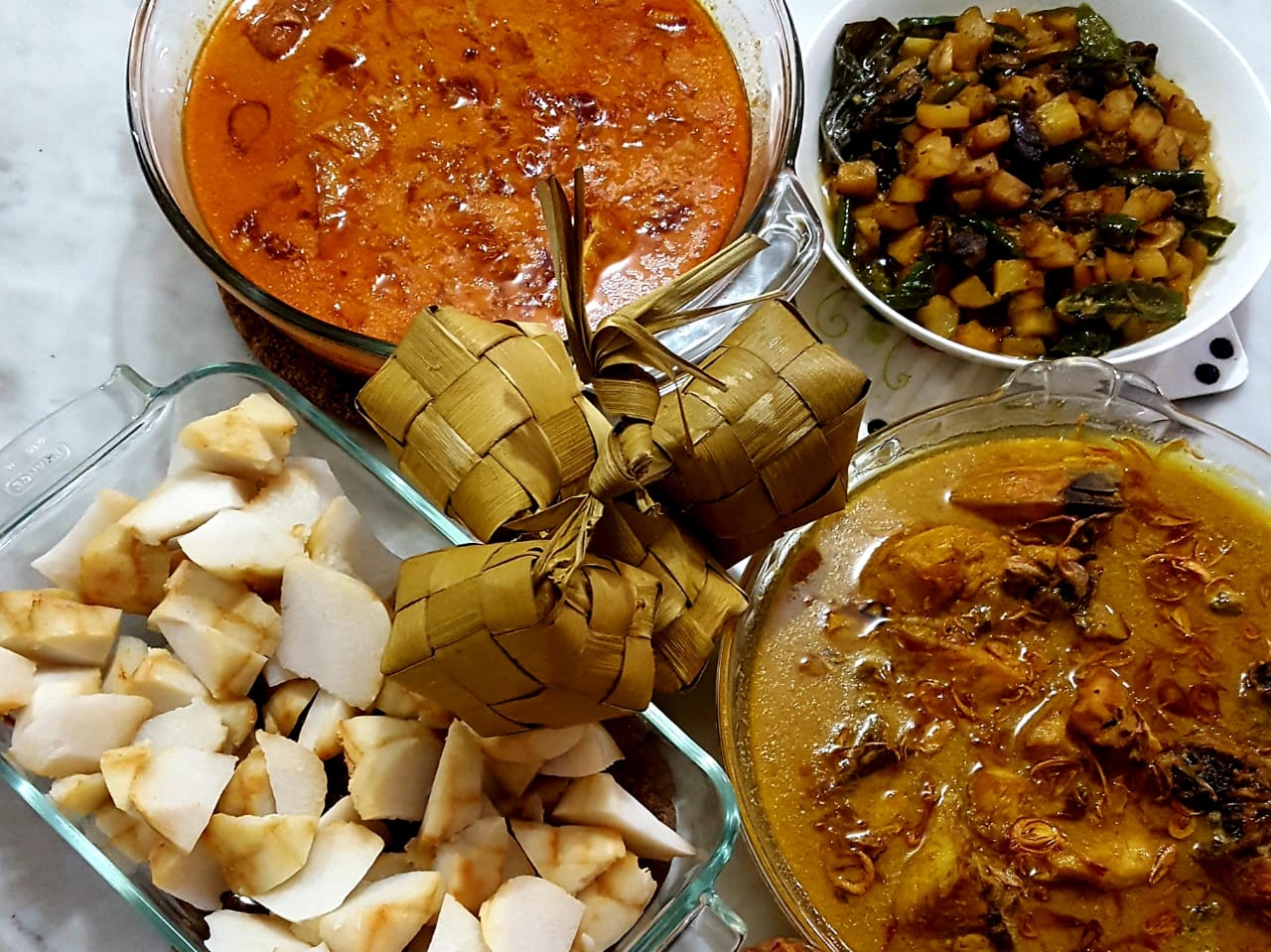 The presence of Ketupat in the Indonesian archipelago is believed to have existed since the 15th or 16th century. The dish was invented around the time of Sunan Kalijaga, an influential cleric who incorporated Islamic symbols into Javanese culture in a peaceful effort to spread the religion.

There was a culture of two 'Bakda' or two feast days, namely Bakda Lebaran and Bakda Kupat. Bakda Lebaran is a celebration of Eid itself, while Bakda Kupat is celebrated one week after Eid. Some areas in Java still celebrate it today. Back in the day, almost every house in Java was seen weaving ketupat shells from young coconut leaves before Eid. Nowadays, woven ketupat shells are commonly sold on the streetside before Eid.

The Meaning of Ketupat

Based on Javanese philosophy, ketupat has a special meaning, namely 'kupat', an abbreviation of 'ngaku lepat', which means confessing to a mistake or apologizing. On Eid al-Fitr day, after 30 days of Ramadan fasting, Indonesians would ask for forgiveness from each other, a tradition called Halalbihalal or Sungkeman. Ketupat is a symbolic dish that represents this tradition.

Not only a symbol of forgiveness, but ketupat also means 'laku papat', which translated as four actions. These four actions are Lebaran, Luberan, Leburan, and Laburan.

Lebaran has a root from a Javanese word that means after. It signifies the end of fasting time, the day after Ramadan is over. Many Indonesians nowadays would refer to Eid al-Fitr as Lebaran.

Luberan means the abundance or excess wealth that must be shared with the poor. At the end of Ramadan, often the last day of fasting, people would give charity to the poor in uncooked rice or money. This type of donation is part of Islamic tenets, Zakat Fitrah.

Leburan means melting away. At the end of Ramadan, Indonesian Muslims believe that their sins have been forgiven, melting away. As it is the day for giving and asking forgiveness, Indonesian people set aside their conflicts to purify their hearts.

Meanwhile, Laburan, means limestone powder. It signifies purity. After fasting, giving charity, and forgiving each other, Indonesian Muslim believe that their hearts have been cleansed and become as white as the limestone.

Thus, as people eat ketupat, so goes in those four Islamic values.

However, historians do not deny that ketupat has roots in an older era, namely the Hindu-Buddhist era. Even during the pre-Islamic times, palm and rice are already the main staples of the Indonesian people. In fact, in Bali, an island with a Hindu majority, ketupat has always been used in worship rituals, further corroborating the claim. The Balinese call it Tipat.

Foods That Go Well With Ketupat

This ketupat culinary tradition then spread in various regions in Indonesia. Each area has its own different presentations and unique characteristics. Here are five Indonesian menus that are often served with ketupat! 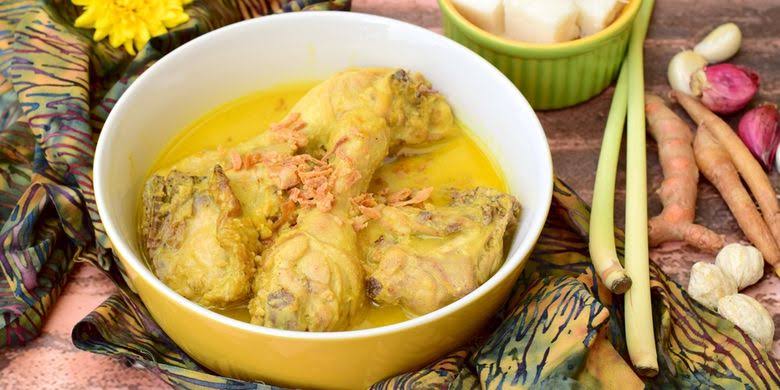 Opor is a yellow coconut milk gravy typical in Indonesia and is perfect to complement ketupat. The chicken used is usually marinated with yellow spices, especially turmeric, so that this dish has a rich and savory taste. 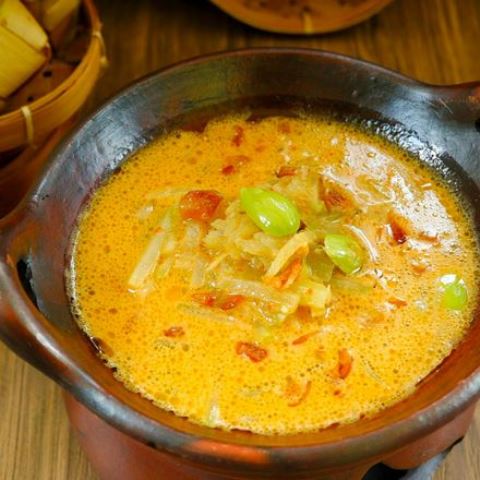 For most Betawi people, indigenous people of Jakarta, Eid is incomplete without the presence of Sayur Godog. This vegetable coconut milk has become a hereditary tradition as a complement when eating ketupat. Sayur godog contains long beans, green beans, soybeans, and tofu paired with crackers and chili sauce. 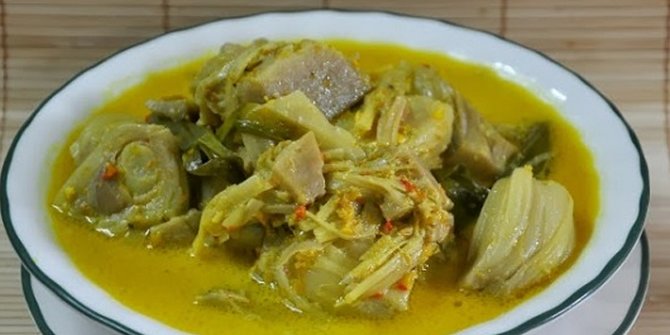 Jackfruit curry is a typical food originating from Medan, which is often juxtaposed with ketupat. This Medan curry has a blend of tauco and kecombrang flavors that make it distinctive and yummy. 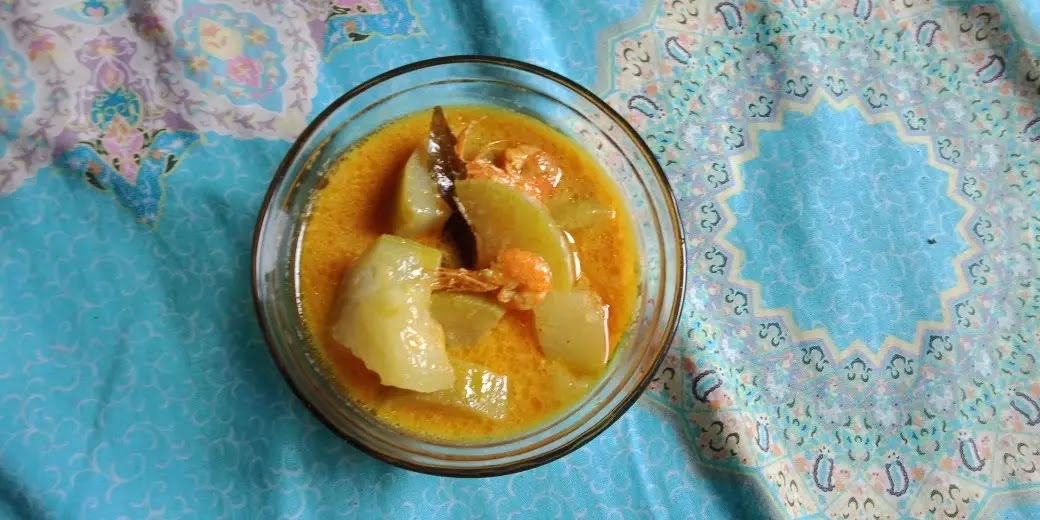 This authentic food from Aceh becomes a delicious combination when eaten with ketupat, a savory blend of beef ribs and water pumpkin cooked in coconut milk sauce, which is rich in spices. This pumpkin curry is a mandatory dish during Eid for the Veranda of Mecca, Aceh's monicker. 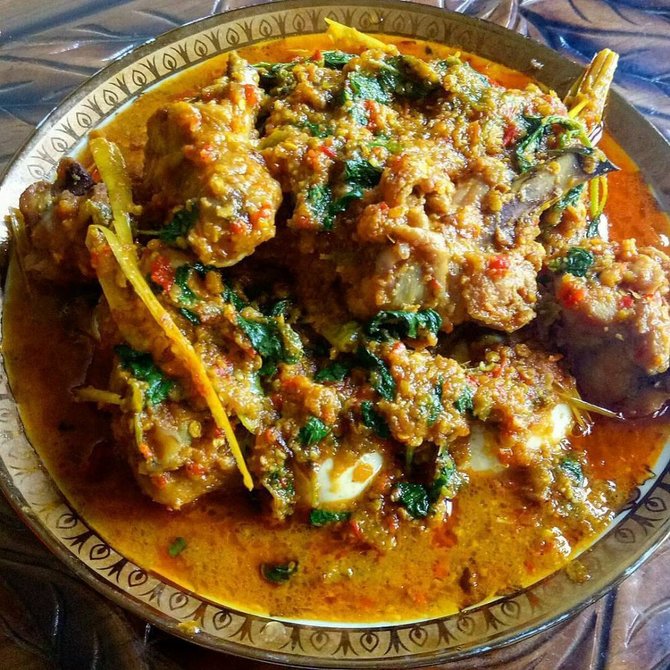 This delicious dish originates from Manado. The spicy and savory Woku chicken is prepared with various spices. The thick gravy of Woku chicken does not come from coconut milk but from candlenut! Besides chickens, Woku curry can also blend well with fish and beef.