To tackle the scarcity of inter-island transportation, which has been causing basic goods shortage, the Union of Comoros buys an Indonesian ship.

This LCT transport ship with a capacity of 800 tons – an original Indonesian production vessel – was previously an Indonesian-flagged vessel under the name Anugerah Perdana 36. After being purchased by the Union of Comoros, the IDR 21 billion (USD 1.45 million) ship was later changed its name to Falk Njema. 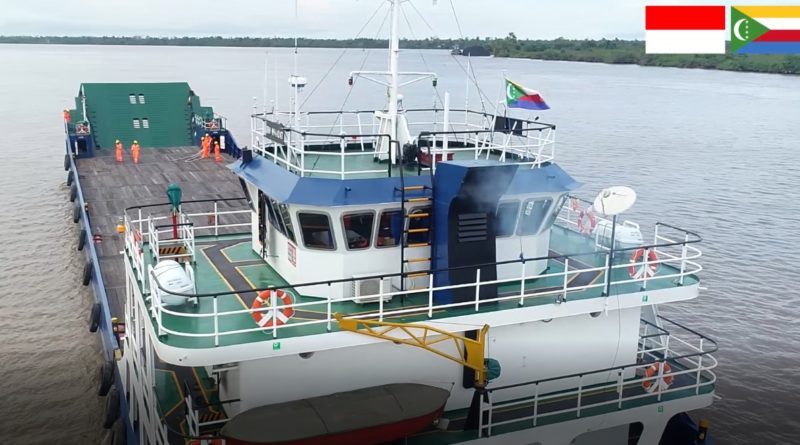 According to a press release from the Indonesian Ministry of Foreign Affairs on Thursday (5/5/2022), the purchase of the ship was facilitated by the Indonesian Embassy in Antananarivo, Madagascar, which has accreditation areas covering Madagascar, Mauritius, Seychelles, and the Union of Comoros.

"We are delighted because the Indonesian Embassy in Antananarivo can contribute to increasing Indonesia's trade cooperation with the Comoros Union. The purchase of the Landing Craft Tank type Falk Njema is proof of the increased economic relations between the two countries," said Benny Yan Pieter Siahaan as Head of the Indonesian Representative Office in Antananarivo-Madagascar concurrently with the Comoros Union.

The Comoros Union Government Technical Team has carried out a direct inspection. Currently, the transport ship Falk Njema with a length of 67 meters and a width of 12 meters, has been sailing on its way to the Union of Comoros since April 25, 2022. The ship is expected to take approximately 1 month to arrive at Moroni, the capital of the Union of Comoros.

According to Benny, the Head of the Indonesian Representative Office in Antananarivo, after purchasing the Falk Njema, the Government of the Comoros Union will explore the acquisition of other ships from Indonesia, especially for cargo and barge variants.

"This is part of the Economic Diplomacy effort carried out intensely and continuously by the Antananarivo Embassy," said Benny.